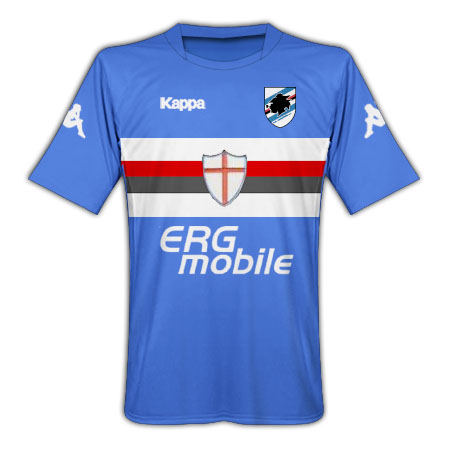 Sampdoria are just about the youngest club in Italy's top flight, founded in 1946. Based in Genoa, they share the city and stadium with local rivals Genoa. After the heady days of the early 1990s when they won their only Scudetto and reached the European cup final, the team began a decline which saw them slide into Serie B for a few years. However, after an injection of money and talent, Sampdoria were welcomed back into Serie A in 2003. 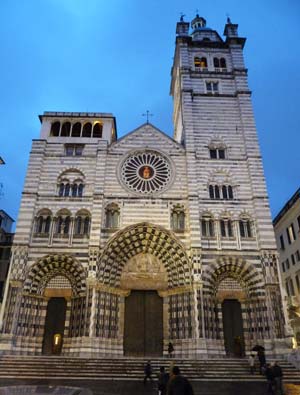 The stadium can be reached easily from the railway station on buses 48 or 37.

Sampdoria tickets can be bought at a large number of outlets in Genoa - see the list of addresses on the club website under 'Ricevitorie'.

Genoa (Genova) has been an important port for centuries. It lies in the Liguria area of Italy, also known as the Italian Riviera, renowned for its mild climate and beautiful coastline. With budget flights from the UK landing just twenty minutes away, the city makes a great weekend break or can be used as a starting point for exploring the coastline including the famous villages of Cinque Terre.

Genoa has a striking cityscape, with pastel buildings piled up steep hillsides above the long curving waterfront, and also boasts some UNESCO listed palaces located around the Via Garibaldi.

For more detailed information on things to do and where to stay in and around Genoa visit our sister website Italy Heaven - Genoa.