Founded in 1911, Brescia Calcio's record in the top flight is erratic, with no long periods passed in Serie A. The most successful period in the club's history came at the start of the last decade when, thanks particularly to the dynamic presence of national hero Roberto Baggio, they had four good years in Serie A.

Unfortunately they couldn't cope without their talisman and after he retired they dropped straight down to serie B where they stayed for five years until gained promotion back to Serie A via the play-offs at the end of the 2009-10 season. 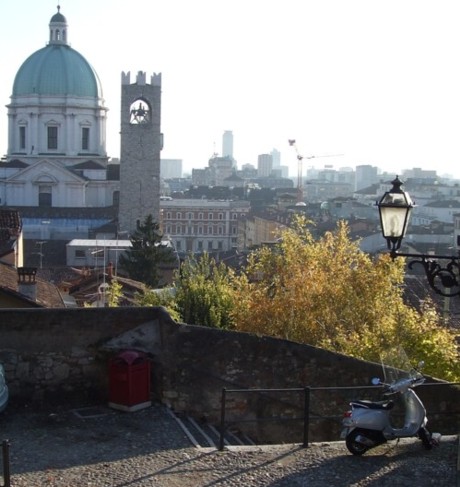 The stadium is located north of the centre of Brescia. From the station, take buses C or D.

Match tickets and season tickets for Brescia can be bought at outlets in the city, including branches of Banca di Brescia. A list of addresses (punti vendita) is provided on the club's website (see the Biglietteria page).

A historic city located at the foot of the Alps and close to Lake Garda, Brescia is often overlooked by tourists who use its Airport which is served by Ryanair. Despite this, Brescia is worth visiting in its own right: perhaps in passing or in combination with one of the more traditional holiday destinations nearby.

For more detailed information on things to do and where to stay in and around Brescia visit our sister website Italy Heaven - Brescia.