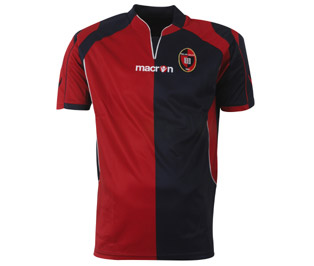 Cagliari were founded in 1920 and have one league title to their name, won in 1970. Based on the island of Sardinia, they are usually a tricky team to visit and have spent most of the last decade in Serie A. Gianfranco Zola is a local hero having grown up on the island and he finished his playing career with Cagliari after leaving Chelsea.

Following Massimiliano Allegri's departure to AC Milan, they have a new coach and will be looking to secure their position in the top flight for another season.

Located by the sea to the south east of the city, the stadium is easily reached by busses heading down the coast. In Cagliari, tickets are best bought in advance from Cagliari Point, Viale la Playa 15.

Cagliari is the regional capital of the Italian island of Sardinia (Sardegna). The town has a busy port and an interesting historic area. For more information on visiting Sardinia, see Italy Heaven's Sardinia guide. Not far from town, past the football stadium are some popular sandy beaches at Poetto.