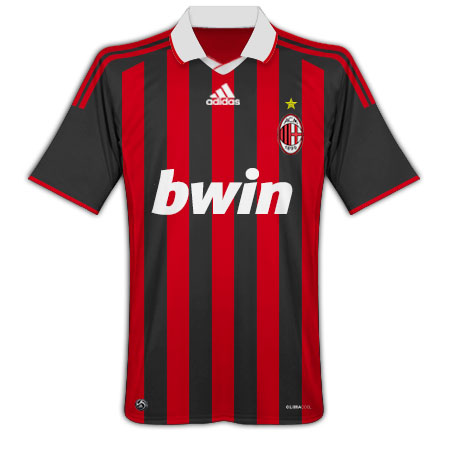 Associazione Calcio Milan were formed in 1899. Il Milan, as the club is known, is one of the most successful clubs in Italy and one of the richest. The owner is Italian Prime Minister Silvio Berlusconi and the club's status in Italy has led to accusations of refereeing favouritism, but no-one could deny the quality of the football played by Milan over the years.

After dominating both Italy and Europe throughout the 1990's, AC Milan have had a few disappointing seasons lately, not helped by being implicated in the 2006 match fixing scandal. despite this they are still consistently one of the best teams in Serie A. 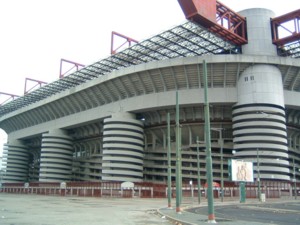 The San Siro is one of the most famous football stadiums in the world. It dates from 1927, but was restructured for the 1990 World Cup. It's composed of three rings, one above the other. It's a beautiful stadium, with fantastic views of the pitch, but its design has brought some problems with occasional falls and missile throwing from its steep upper tiers. Inter fans even managed to throw a scooter off on occasion.

To reach the stadium taketake the Metro to Lotto (MM1). From this stop it's a fairly short walk, simply follow the other fans. Tickets are best bought in advance from the club ticket office or online from Ticketone. 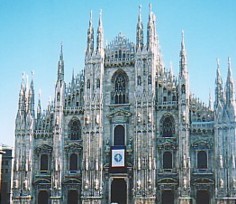 Milan is renowned for being businesslike and less beautiful than Rome, but the city actually has a lot to offer the weekend visitor. The designer style and shopping are only for the well-inlaid, but sitting outside a cafe by the fantastic Duomo and admiring the well-dressed world go by is something within everyone's grasp.

In its museums and galleries are some great works of art, while more simple pleasures include climbing up to the Duomo's roof and enjoying the tranquillity and the view over the city to the mountains. The Brera and the Navigli (canal) districts are both appealing for evening strolls.

For more detailed information on things to do and where to stay in Milan visit our sister website Italy Heaven - Milan.