Founded in 1900, Palermo, along with rivals Messina and Catania, come from the southern Italian island of Sicily. They are currently having probably the greatest period in their history, having spent most of the time in the lower leagues.

Since promotion in 2004, Palermo have gone from strength to strength, qualifying for Europe, despite regularly having to sell their star players to bigger clubs. A dangerous team to play, especially in Sicily.

To get to the stadium, take buses 101 or 107 from the railway station. 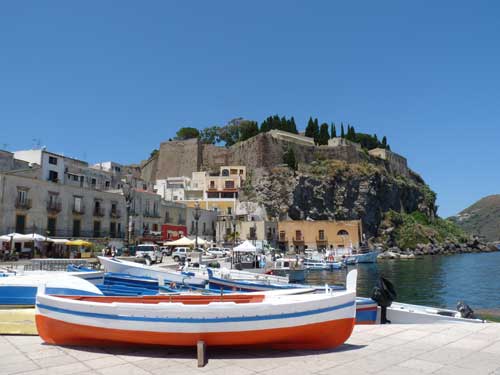 Tickets for Palermo matches can be bought online from Ticketone. In Palermo, they can be bought at Snai outlets labelled 'Palermo Gold Partner', including Via Toscana 8, Piazza Valdesi 1, Via G.le Streva 20, Via Petrarca 7, Via del Bersagliere 2 and Via E. Restivo 10. You'll need ID both at the time of purchase and at the stadium.

Palermo is the capital city of Sicily; by turns grand, chaotic and exciting. Palermo's attractions as a tourist destination are frequently overlooked. There is some fine architecture to be admired, as well as good museums, churches, markets and restaurants.

Served by budget flights from the UK, Palermo also makes an ideal starting point for seeing the rest of Sicily. Seaside town Cefalu and the volcanic Aeolian Islands can be reached from Palermo

For more detailed information on things to do and where to stay in and around Palermo visit our sister website Italy Heaven - Palermo.