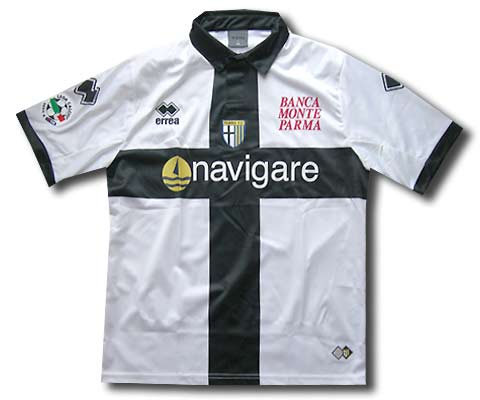 Founded in 1913, Parma enjoyed their most successful period during the 1990s when they challenged for the scudetto and won six cups. Under coach Nevio Scala they tasted Serie A for the first time in their history in 1900 and quickly established themselves as one of the top teams. Although they were unable to win the championship, they did win three Coppa Italia, two UEFA Cups and one UEFA Cup Winners' Cup.

Recent years haven't been so kind on Parma though as they went into administration following the collapse of their main sponsor Parmalat. Constantly having to sell their best players finally took its toll on the team and they were relegated in the 2007-2008 season, although their stay in Serie B turned out to be a short one and they were promoted straight back to Serie A.

For an interesting insight into Parma's glory years, read Greg Burke's book Parma, which is an inside account of the 1997-1998 season under coach Carlo Ancelotti.

Situated to the south-east of the town centre, the stadium is compact and in a residential area making parking tricky. The best way to reach the stadium is on the number 9 bus which leaves from the railway station. Tickets are best bought in advance from the club ticket office or online from Ticketone.

Famous for cheese and ham, Parma is a notable foodie's destination. Parma is in the region of Emilia-Romagna at the top of Italy's boot, between Tuscany and Lombardy. A vibrant university town, Parma also boasts many sites of interest, including an 11th-century domed duomo, palazzi, museums and a renowned opera house. And of course you can tour the home of parmesan cheese to witness the processes and taste some samples.

For more detailed information on things to do and where to stay in and around Parma visit our sister website Italy Heaven - Parma.